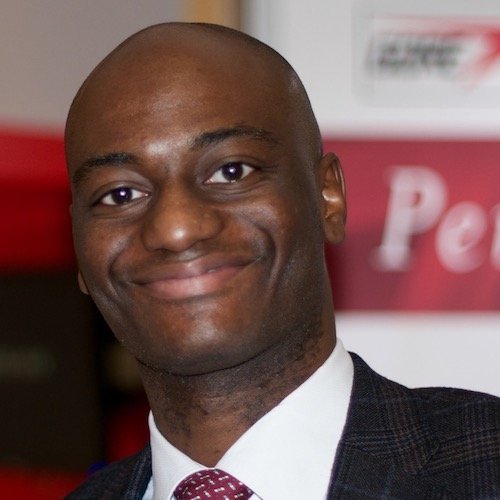 Ask for an online consultation

– Head of the program for the scientific, technological and biomedical research area of the Cariplo Foundation, Milan (from 2015 to date)

– Nutritionist doctor in private practice (from 2108 to date)

Dr. Tshiombo is specialised in the treatment of the occlusive and aneurysmal pathology of the arteries resulting from the condition of atherosclerosis.

Dr. Tshiombo is involved in participating in over 5 international research projects and clinical trials.

His main fields of interest are Vascular Surgery and in particular aneurysms and occlusion of the main arteries of the body and in the diagnosis of the same by Doppler ultrasound.

Co-director and tutor of doctoral students in the field of aortic pathology within the Thoracic Aortic Research Center, in collaboration with Prof. Santi Trimarchi.

Professor of medical and radiological clinic at the Italian Academy of Osteopathic Medicine in Saronno (from 2018 to date).

– Degree in Medicine and Surgery at the University of Milan (2004).

– Specialisation in Vascular and Endovascular Surgery at the Vita-Salute San Raffaele University (2012).

Registered with the Certified Order of Doctors "Albo dei Medici"

– From 2015 to 2017 Private practice as a vascular surgeon and angiologist, Rozzano (Milan).

– From 2015 to 2017 Co-coordinator of the Thoracic Aortic Research Centre and Data Manager at University of Milan, San Donato Milanese (Milano).

– From 2015 to 2016 Consultant Vascular Surgeon and Data Manager at Beta Lab, Bioengineering of thoracic aorta, Pavia.

Aneurysms of the iliofemoral and popliteal arteries

Stenosis of the carotid artery

Venous varices of the lower limbs

To book an outpatient visit in free profession:

To book an outpatient visit via SSN:

Dr. Tshiombo is the author/coauthor of several publications in important international scientific journals.

His works/articles are published in major international scientific journals, such as Journal of Vascular Surgery.

How to apply for an online medical consultation

Register your details in the secure area and choose the doctor according to your disease.

Fill in the medical history form and upload your reports and clinical exams.

Enter your billing information and make the payment.

Within 5 working days you will receive the doctor’s online consultation.