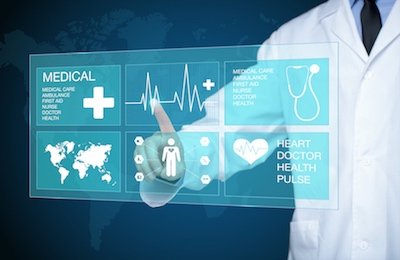 The World Health Organizationa (WHO) has no doubts: global health coverage can never be achieved without the support of e-Health, in other words telematic healthcare*. The application of ICT services to the healthcare system has grown exponentially over the last twenty years, amplifying the opportunity to make use of health services, even if we are thousands of kilometers away (including telemedicine, remote assistance and surveillance, e-learning etc.). The United Nations General Assembly, through the e-Health tool, is therefore trying to pursue one of the main objectives among those listed in the Sustainable Development Goals, namely “ensuring healthy living conditions, promoting wellbeing at all ages" (Goal 3) and “reach global health coverage?" (Target 8).

Progress is impressive: 83% of the countries joining the WHO today have at least one e-Health initiative, and among these the telemedicine is the most widespread. In particular, WHO underlines how telemedicine is the tool that more than any other allows to increase equity in global health coverage. Telemedicine, indeed, offers numerous benefits:

– increases the speed of access to the health service (such as for example the reduction of time in waiting lists and the scheduling of visits to the hospital facilities);

– increases the uniformity of the health service in terms of accessibility and quality (for example in favor of the populations of emerging countries compared to those advanced or, for rural populations compared to urban ones).

This evidence is paradoxical if we consider that emerging countries have on average a larger population and a request for access to health services far higher, but at the same time a quality of health infrastructure lower than that of advanced countries, thus representing the ideal target for the development of international telemedicine projects that guarantee a qualitatively superior and more fairly distributed health. At the same time, EU integration efforts are reducing cross-country barriers (see, for example, the recent introduction of a common privacy legislation) by providing increasingly fertile ground for telemedicine projects targeting an increasingly old European population and, therefore, increasingly in need of high quality medical care.

The future of telemedicine is therefore international. Telemedicine must collect and face the challenges posed by internationalization, leveraging on the development of projects that do not involve too high access costs, that do not require too advanced infrastructural support and that, to spread the service, take advantage of the help of network of specialists in the target countries. The internationalization of telemedicine requires a holistic approach, able to combine technology, partnership, strategic planning, business organization, adaptation and change of the business model, assessment of the economic sustainability of the project, analysis of the social impact, cultural change of perception by the end user, adaptation to the legislative context.

Ultraspecialisti has taken up this challenge, having decided to participate, in collaboration with the Department of Management Engineering of the Milan Polytechnic, the “X-Culture" competition, organized by the University of North Carolina at Greensboro with the participation of about 5,000 students from 120 universities of 40 different countries. 601 students, organized in 90 groups, have worked on 90 alternative projects of internationalization of telemedicine for Ultraspecialists, proposing each of them a specific target country, one or more entry modalities, a marketing strategy, the pricing of the service and more. Ultraspecialisti, today, has the opportunity to implement one or more internationalization projects among those proposed and, therefore, to fully grasp the challenge launched by the WHO: use telemedicine to address the priorities of global health in order to ensure fair coverage and universal health service.

*WHO 2015, Report of the third global survey on e-Health. 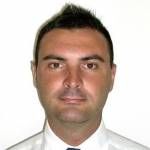 Senior Researcher at the Polytechnic of Milan

Stefano Elia is Senior Researcher at the Polytechnic of Milan, where he obtained his doctorate in 2010 and where he deals with direct investments abroad and internationalization of companies. Stefano Elia is the Chair of the “Invest in Foreign Markets" course, an experiential laboratory attended by M.Sc. in Management Engineering students that choose the path of International Business. Stefano Elia has been a visiting professor at the University of Leeds (UK), Reading (UK) and at the “Shanghai Jiao Tong University" (China).

is a hub of medical information, made available on the web but validated by the most experienced doctors in Italy Every 15 days the blog will feature the latest researches on treatments and/or medical assistance and the newest therapies, including experimental approaches.